Traditional Musical Instruments of The Uttarakhand 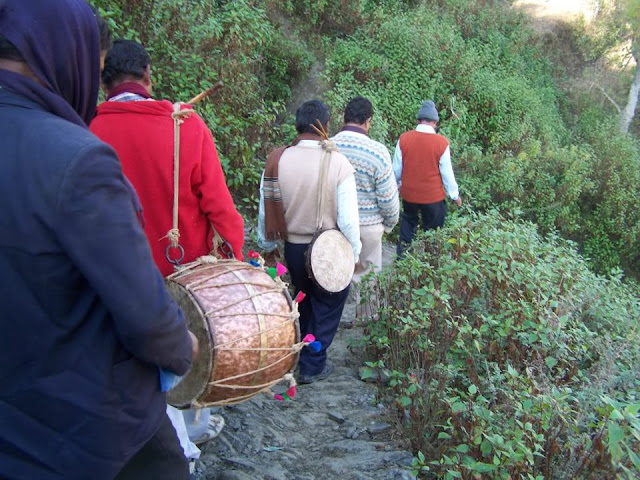 Dhol
This is a drum in which a wooden or brass hollow is covered with leather at both ends. At one end it is beaten with a stick while the other end is patted with the palm. It is generally played in Barats, Navratris and religious processions. 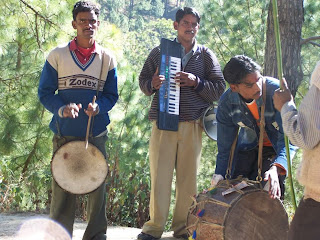 Damama
This consists of two leathered brass cones one somewhat bigger and the other small in size. The bigger one is called ‘Daindama’ while the smaller one is called ‘Baundamu’. Both produce different sound when beaten with sticks known as ‘Lakur.’

Hurka
The staccato beats of the hurka are heard in almost every song or dance performance in Uttarakhand. It also finds mention in Bharat Muni’s ‘Natya Shastra’ – the first treatise on theatrical forms. This is a percussion instrument and can be played solo or with other instruments like the flute, brass plate or bagpipe.

Turturi or turhi
This trumpet-like organ is found in two forms. One is quite long and curved in shape while the other resembles a snake in its coiled form. It is made of brass or copper and its blowing is generally accompanied with the beating of the Damama. A special type of Turturi, the ‘Ranasingha’ looks like a hooded cobra or a curved animal horn.

Binaee
This is a small instrument made of iron. It is played by pressing it between the teeth and tapping one of its arms to produce a poignant hum.

Mushak Been or Bagpipe
This well-known Scottish instrument was introduced in Uttarakhand by the British army some 200 years back around the Anglo-Gorkha was of 1814-15. Now it is an inseparable part of folk music and dance. This testifies the receptivity and addictiveness of the local people.

Muruli or Flute
Muruli or flute has been an integral part of the lives of shepherds and cattle grazers in Uttarakhand. They have created a number of folk tunes while grazing cattle in the jungles or meadows. The ever-enchanting landscapes undoubtedly provided the inspiration to create new tunes on which some folk songs are based. 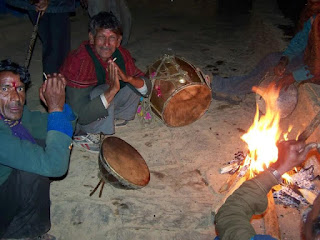 Besides these, instruments like the Damru (the well known musical instrument of Lord Shiva), Muryo or Muraj, Jhat, Brass plate etc are also used in local religious processions, rituals or folk music and dance forms.
Interestingly, the players of these instruments belong to the artisan class, which is at the lower rung of the social hierarchy. A systematic study of all these musical instruments and their history will probably add another chapter in the omnibus of Indian classical music, besides revealing some interesting anthropological information.